The Secret to Solving Inferential Questions in MBA entrances

Here, we will look at a few CR & IR questions in MBA entrance exams and look at how this works: I will try and give a detailed explanation so that you understand the logic better.

Insect Infestations in certain cotton growing regions of the world have caused dramatic increases of demand of cotton on the world market. Knowing that cotton plants mature quickly, many soybean growers in Ortovia plan to cease growing soybeans, the price of which has long been stable and to begin raising cotton instead, thereby taking advantage of the high price of cotton to increase their income significantly over the next several years.

Step 1 is to identify the argument.

The argument is as follows:
1. Insect infestations increased in cotton growing world, (production decreased), demand increased
2. Soybeans growers ceased growing soybeans and started growing cotton
3. Therefore, they will be able to increase their income significantly for the next several years

This kind of argument is called a causal argument – Cause and effect.

In this case, for the effect to stay, cause has to stay!

1) The cost of raising soybeans has increased significantly over the past several years and is expected to continue to climb.

RELEVANT – Yes, but it strengthens the argument! That if the cost of soybeans keeps on climbing, it makes bloody sense to shift to cotton. Since we have to identify the option that weakens the argument, this one is INCORRECT

2) Tests of a newly developed, inexpensive pesticide have shown it to be both environmentally safe and effective against the insects that have infected the cotton crops.

RELEVANT – If option 2 is true, then people will use pesticide. The option is giving all the reasons as to why people will use it – (a) it is effective (b) it is environmentally safe (c) it is inexpensive.

Insect Infestations will decrease; production will increase; demand will decrease! ‘Cause’ is stopped. ‘Effect’ will stop.

Remember, the argument is based on the assumption – the demand should remain high for the next several years.

This WEAKENS the argument, in fact it could destroy the argument. Let us check the other options to be sure that this is the best answer.

3) In the past several years, there has been no sharp increase in the demand for cotton, and for goods made out of cotton.

IRRELEVANT – The argument is NOT concerned about demand of cotton in the past. Hence, INCORRECT.

This STRENGTHENS the argument, that since people are willing to pay, therefore increasing the income. Hence, INCORRECT.

IRRELEVANT. One might think that if the soybean is not infested by the insect, then it does not make sense to shift to cotton. The argument is based on the demand of the cotton. The shifting from soybean to cotton is based on the EFFECT – the increase in demand and NOT based on the CAUSE – the infestation.
Hence, INCORRECT.

Question: Although fullerenes – spherical molecules made entirely of carbon – were first found in the laboratory, they have since been found in nature, formed in fissures of the rare mineral shungite. Since laboratory synthesis of fullerenes requires distinctive conditions of temperature and pressure, this discovery should give geologists a test case for evaluating hypothesis about the state of the Earth’s crust at the time these naturally occurring fullerenes were formed.

1. Fullerenes synthesised in laboratory requires distinctive pressure and temperature
2. Fullerenes are now found in nature
3. Therefore, it is possible to evaluate the state of Earth’s crust at the time naturally occurring fullerenes were formed.

IRRELEVANT – Shungite has nothing to do with the argument. Fullerenes just happened to be found in Shungite. There is no other role of Shungite in argument. Hence, INCORRECT.

2) Some fullerenes have also been found on the remains of a small meteorite that collided with a spacecraft.

IRRELEVANT – However, there would be some who would fall in this trap. The option says fullerenes have also been found on a small meteorite. So what? I am experimenting with the ones found on earth. Now if the options was, the fullerenes found of earth were from a meteorite, it would have weakened the argument. But that is not the case here. Hence, INCORRECT.

3) The mineral shungite itself contains large amounts of carbon, from which the fullerenes apparently formed.

IRRELEVANT – Shungite has nothing to do with the argument.

This will WEAKEN the argument. Here we get the sense that the naturally occurring fullerenes are different from the laboratory synthesised fullerenes. This would weaken the analogy in the argument.

5) Shungite itself is formed only under distinctive conditions.

IRRELEVANT – Shungite has nothing to do with the argument.

Question: Until now only injectable vaccines against influenza have been available. They have been primarily used by older adults who are at risk for complications from influenza. A new vaccine administered in a nasal spray form has proven effective in preventing influenza in children. Since children are significantly more likely than adults to contract and spread influenza, making the new vaccine widely available for children will greatly reduce the spread of influenza across the population.

Which of the following, if true, most strengthens the argument?

1. Only injectable vaccines against influenza have been available, primarily used by older adults
2. A new vaccine administered in nasal form is effective in children
3. Children is more likely to contract and spread influenza
4. Therefore, the new vaccine will reduce the spread of influenza

Whenever one is replacing something with another thing, two things are important for it to work
A. It is as effective(or may be more effective)
B. People will accept the change

1) If a person receives both the nasal spray and the injectable vaccine, they do not interfere with each other.

IRRELEVANT – The argument does not talk about simultaneous usage of nasal spray & the injectable vaccine. Hence, INCORRECT.

2) The new vaccine uses the same mechanism to ward off influenza as injectable vaccines do.

RELEVANT – This option says that the mechanism used is the same, addressing the effectiveness of the new vaccine. But the argument states that the new vaccine is effective. So how much this option helps remains to be seen. Let us evaluate the other options and see if there is anything better they offer.

3) Government subsidies have kept the injectable vaccines affordable for adults.

4) Of the older adults who contract influenza, relatively few contract it from children with influenza.

What this option is addressing is the premise – ‘Children is more likely to contract and spread influenza’. When it tries to attack this premise, it CANNOT strengthen the argument. Hence, INCORRECT.

5) Many parents would be more inclined to have their children vaccinated against influenza if it did not involve an injection.

RELEVANT: It strengthens the argument. If more parents are inclined to have their children vaccinated against influenza if it did not involve an injection, then they will use the nasal spray. They will be willing to accept the change! BEST ANSWER.

Unlike CR questions, in RC the passages are lengthy. However, the basics of logic remain the same. Next time you solve an inferential based question in CAT or XAT or any other MBA entrance test, remember to use logic. Apply the logic given in this article in the RC questions of Mock CATs that you have taken so far. With a little bit of practice you will be good at identifying the argument. You will get the hang of it in and RC in CAT will be a cake walk. All that you have to do is to keep your eyes open and identify the argument, don’t just plainly read the passage – involve yourself.

Still haven’t started your preparation for CAT ’17? Choose from our offerings here that suits you the most and get started! 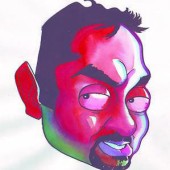 This 65th Independence Day, you get to decide what GP Speaks on….